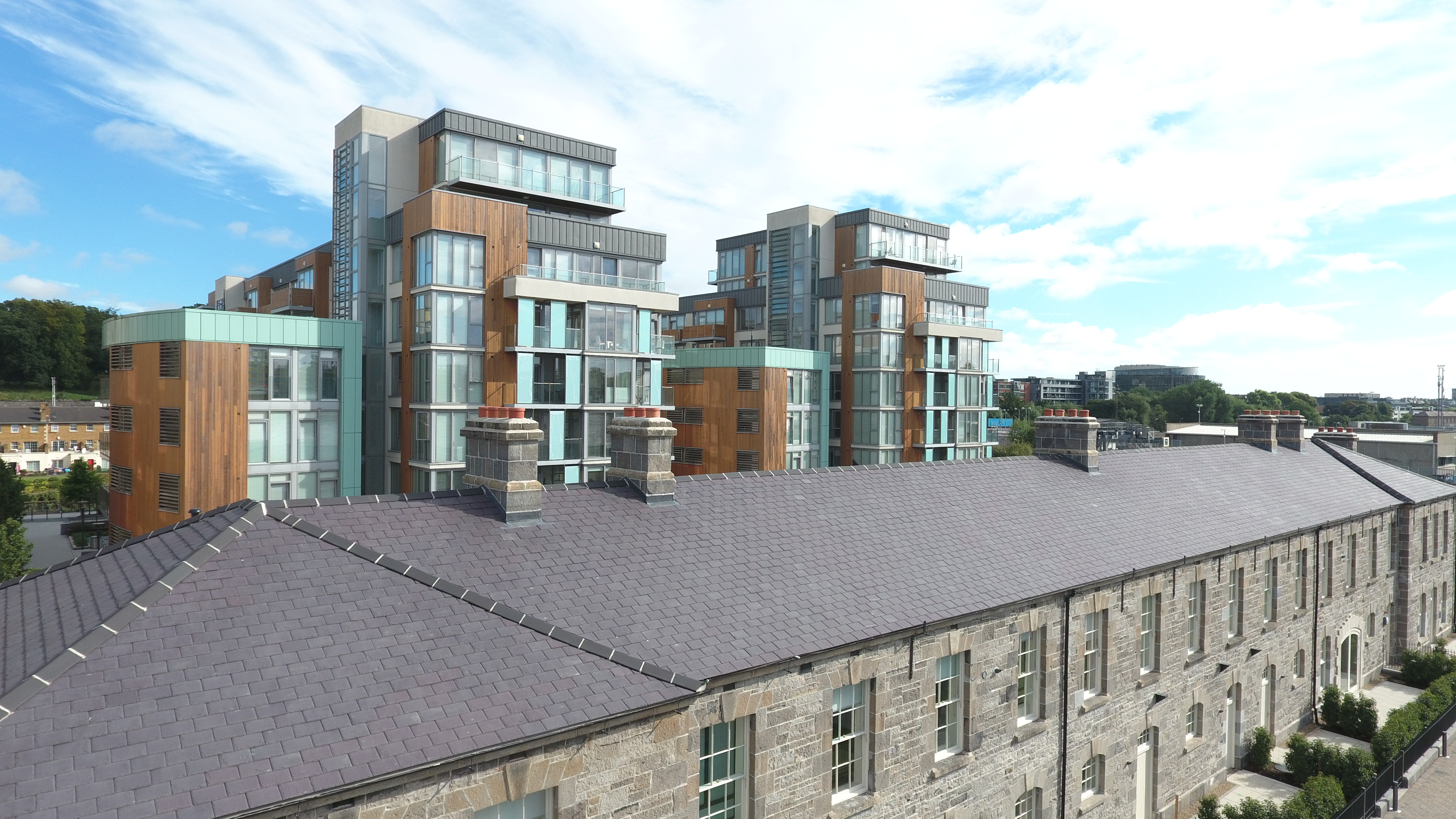 Penrhyn Bangor Blue Slates are regarded as the best quality roofing slates in the world.

They are quarried at the Penrhyn Quarry in Bethesda, North Wales at the edge of Snowdonia National Park, from a slate deposit that was formed in the Cambrian era (600 million years ago).  As such, they are an extremely pure, hard and dense slate.  Penrhyn slates are recognizable from their distinctive heather blue / purple colour, and textured grain.  They are one of the only roofing slates in the world which do not contain any potentially damaging inclusions or iron pyrites.

Penrhyn Bangor Blue slates cover many of the world’s most prestigious buildings including Buckingham Palace and the British Museum in London.  They are popular on a wide variety of buildings from bespoke architectural homes, to historical buildings (such as Victorian and Georgian period properties), to Churches, Cathedrals, Castles and Museums.

These slates truly do have a global world-wide appeal and are still as popular in many countries around the world (France, Germany, Holland, Belgium, North America, Australia and New Zealand), as they are in the home markets of Ireland and Britain.

Bangor Blue slates come in standard sizes of 500x300mm (20 x 12”)- note other sizes are available on request, and in 3 thicknesses: 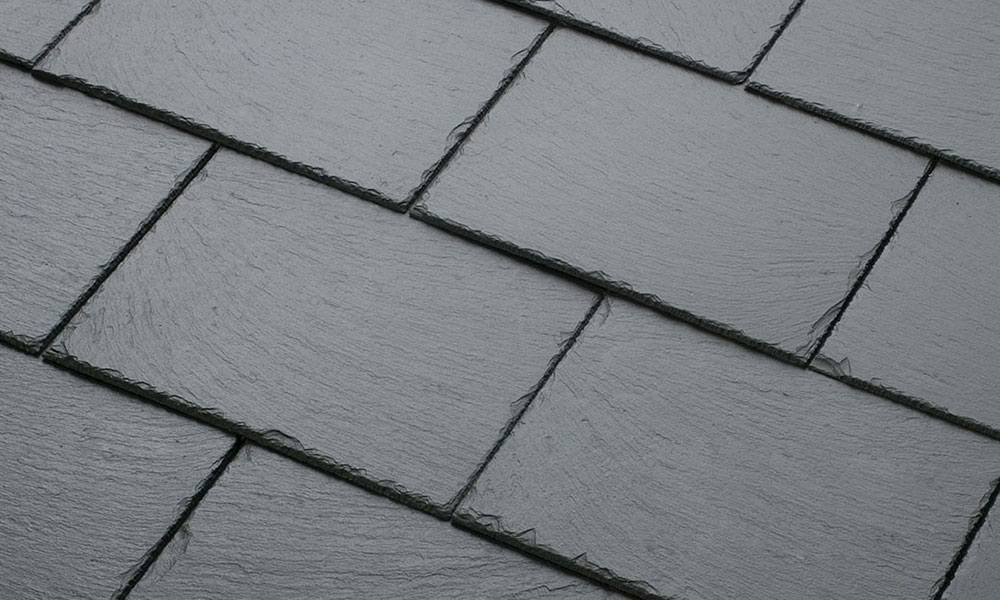 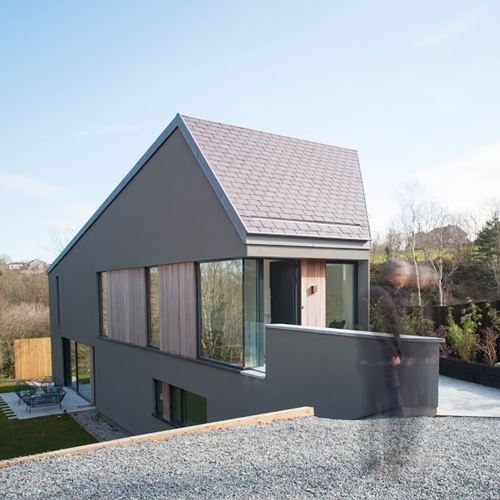 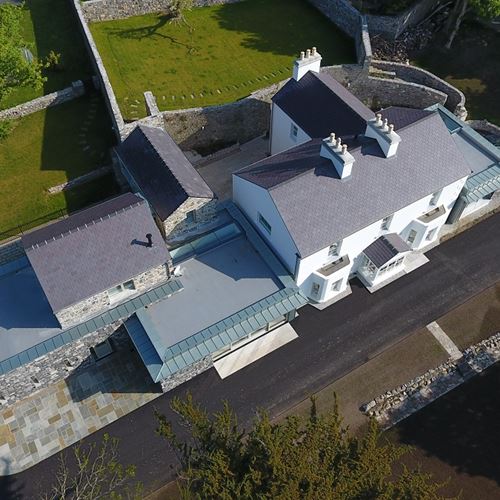 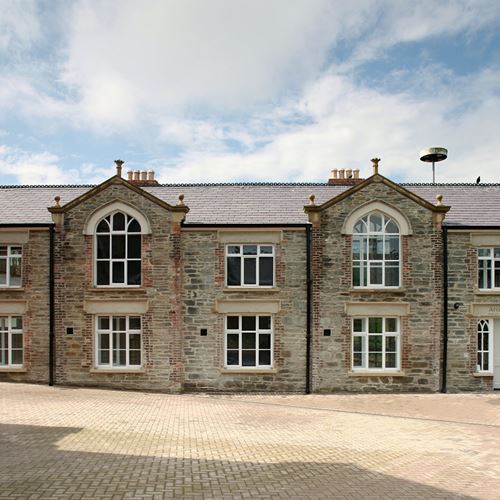 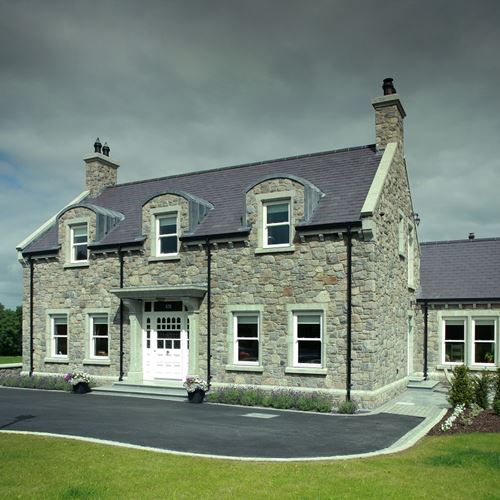 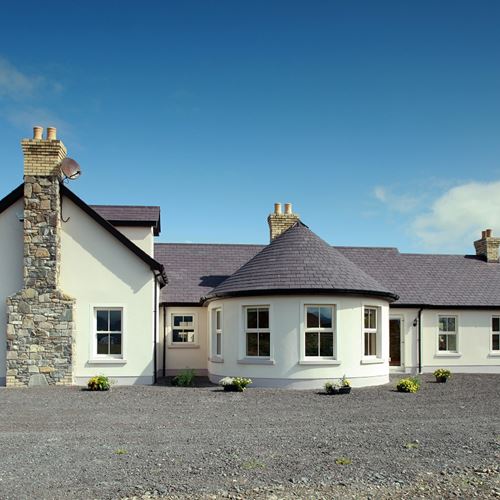 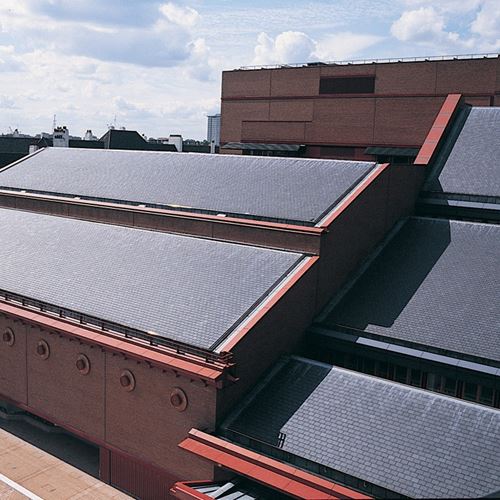 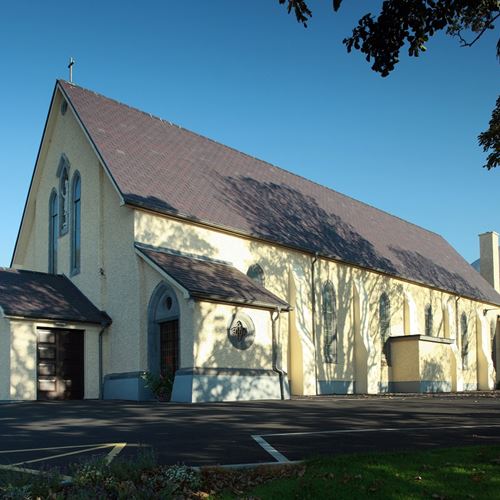 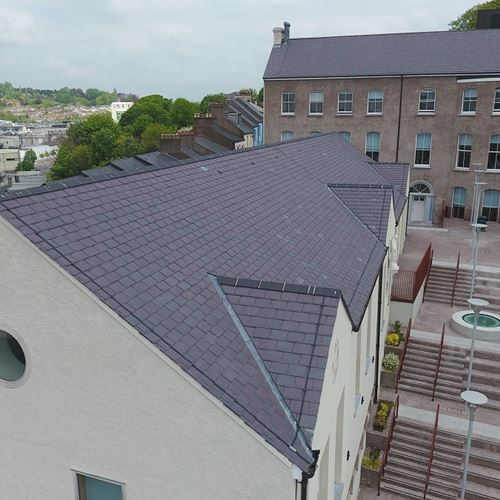 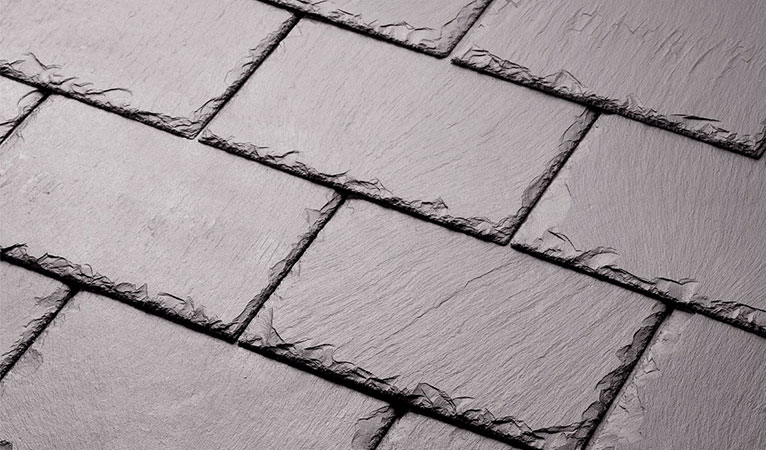 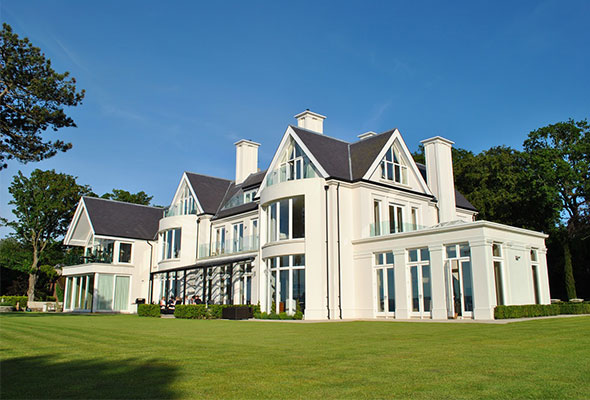 Described as 'Irish Palladian' in style this gorgeous house in Cultra Co Down is slated with Bangor Blue 500x300 slates.  The owners of the house Colin and Barbara Barry always wanted to build their o…

Other resources are available here 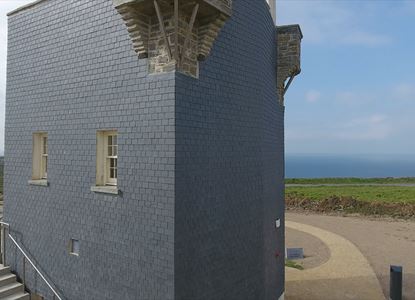 Speak to one of our specialists today